Memorial Candle Tribute From
Brasco & Sons Memorial Chapels Waltham
"We are honored to provide this Book of Memories to the family."
View full message >>>
In Memory of
Robert A.
Boyajian
1922 - 2012
Menu
Plant a Tree In Memory of Your Loved One
Click Here

Obituary for Robert A. Boyajian 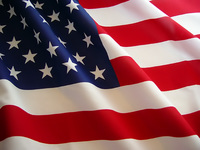 Of Strafford, Vermont passed away peacefully late Monday morning February 6th, 2012 in the Meadow Green Nursing & Rehabilitation Center in Waltham, Massachusetts at the age of 90.

Born on January 17, 1922 in New York City; son of the late Puzant and Siroog (Zotian) Boyajian; Mr. Boyajian was raised in New York and lived for many years in Akron, Ohio before moving to Strafford, Vermont and Lebanon, New Hampshire.

He was a proud veteran of World War II serving with the United States Army.

A graduate of Pratt Institute in Brooklyn, New York, Robert was employed as a Commercial Artist with the Firestone Tire & Rubber Corporation in Ohio for over 20 years.

He was devoted to his family and in his spare time he was an avid Tennis player and fencer who enjoyed listening to classical music.

A Memorial Service celebrating Robert’s Life will be held at a future date.

The Brasco & Sons Memorial Chapels of BELMONT assisted the Boyajian Family with arrangements.


Provide comfort for the family by planting a tree in memory of Robert A. Boyajian, please visit our Heartfelt Sympathies Store.