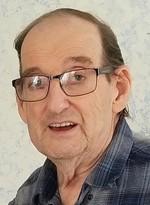 Of Waltham, passed away peacefully late Tuesday evening April 26th, 2022 surrounded by his loving family, in his home, at the age of 80.

Born on March 26, 1942 in Waltham; beloved son of Antonio Mazzarini and Paolina (Carpentino) Mazzarini. Frank was a lifelong resident of Waltham.

Frank grew up on Pond Street, the youngest of eleven children, surrounded by family and rooted in tradition. He attended Saint Mary's School, and eventually graduated from Waltham Vocational High School with the Class of 1961 as a machinist. Frank's vocational training and strong work ethic facilitated his career as a machinist. He worked for several different companies over the years, until he found his work family at Hardric Laboratories. Frank adored his colleagues and felt fortunate to work among then for decades.

Frank served proudly and honorably with the United States Navy. He served two years active duty on the USS Beatty, followed by five years in the reserves. His time on the USS Beatty led him to defend his country during the Cuban Missile Crisis. He was proud to serve his country and privileged to be given the opportunity to see the world.

Anyone who knew Frank knew that his life revolved around his family. He worked tirelessly to provide for his wife and 6 kids, yet never missed a moment. He was a devoted father and shined as a Grampy.

In his spare time Frank enjoyed various hobbies, but most of all just loved spending time with people. Whether it was vacations at Hampton Beach, holidays with family or just sitting at home playing cards he was content to be in the presence of friendship, love and some human interaction. Frank was a huge and avid sports fan following all the Boston sports teams but most especially the New England Patriots.

He is survived by his beloved wife of 53 years Muriel (Champagne) Mazzarini; his devoted & loving children Scott Mazzarini of Waltham; Jaylee Rhodes and her husband David of Waltham; Kevin Mazzarini and Jennifer Sheppard of Chelmsford; Laurie Mazzarini and Darby Keene of Waltham; Nicholas Mazzarini and his wife Alicia of Framingham; and Molly Schotanus and her husband Ben of Gardner; and the late Kenneth Mazzarini; his cherished grandchildren, Danielle, Justin, Bella, Jayden, Harlowe, Macklin, Arianna and Zoey; and his dear siblings Marie Christine Goodale and Anthony Mazzarini. In addition, he is survived by numerous nieces & nephews- spanning 4 generations, and many cousins.

Frank was predeceased by his brothers James Mazzarini, Carmello Mazzarini, John Mazzarini, Salvatore Mazzarini, Paul Mazzarini and by his sisters Elizabeth Ross, Barbara DeAmicis and Ann Mazzarini, who passed away just two days prior on April 24.

Family and friends are welcome to gather and celebrate Frank's life and remember the love and friendship he shared with others at a Funeral Mass at Saint Jude Church, 147 Main Street, WALTHAM on Tuesday morning May 10th at 10:30 am. Burial with United States Navy Honors will follow at Calvary Cemetery in Waltham.

Those who wish to pay their respects to Frank and his family can do so in the Mary Catherine Chapel of Brasco & Sons Memorial, 773 Moody Street, WALTHAM on Monday May 9th from 4pm until 8pm. We ask that friends be mindful and respectful of social gatherings. For those who wish to pay their final respects, but are unable to attend, please be sure to sign the guestbook at www.BrascoFuneralhome.com. Parking attendants will be on duty.